You're beyond ready to produce your next song. It's time to make sure it'll actually develop your career.

You’ve thought about jumping on the "hype train"

But trends die fast and artists who miss out on building a loyal fan base will have to ride them forever and bend their creativity to the whims of whatever sound is "in" at a given moment.

You’ve thought about releasing one song per week

to keep your audience engaged, because some online guru said you need to "pump out content and give value" consistently otherwise you'll be forgotten by your fans.

and hey, let's be honest: It does help with setting yourself apart from the myriad of copy & paste artists and producers - you might just don't know where to start.

You want your music to develop your career without bending your creative will to whatever is "in" at any given moment and feeling like you're stuck in mud not gaining any long-term traction, despite being active on social media 24/7.

Here's a crazy question for you:

What if you stopped trying to keep up with ever-changing trends in the industry - and started writing timeless music instead?

sounds too good to be true?

Hang tight. I'm about to show you exactly how.

Here’s the deal with releasing music in 2022.

Everyone is trying to copy the "hot" sound, but when they finally do so - the sound isn't hot anymore.

After an initial upswing in streams & engagement the release usually "dies" very quickly.

If every release targets a different demographic, it becomes really hard to build a core audience.

Instead you can produce timeless music that doesn't rely on hype and leads to a stronger brand, a loyal fanbase, consistent influx of streams over time and ultimately a long-lasting career.

..and that’s where "timeless techniques" comes in.

you can create music in a way that'll make it stay relevant for years to come without chasing hype. 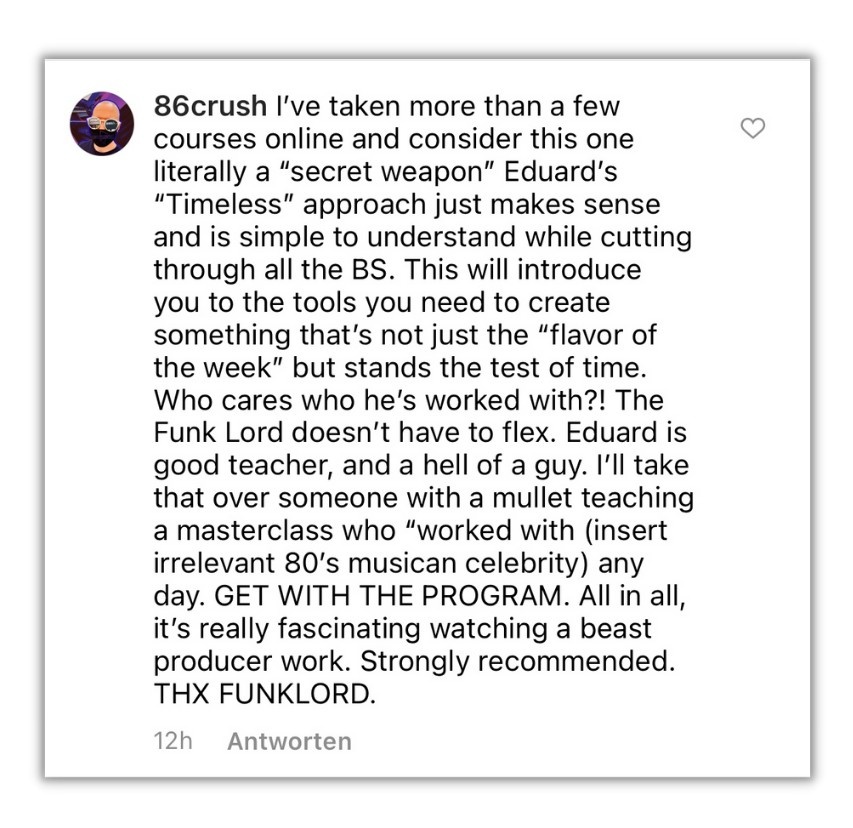 We pinpoint exactly what timelessness is (and isn't), WHAT it means to us in 2022 and beyond, WHY the concept will continue to stay relevant + a breakdown of all of the building blocks of a timeless hit. 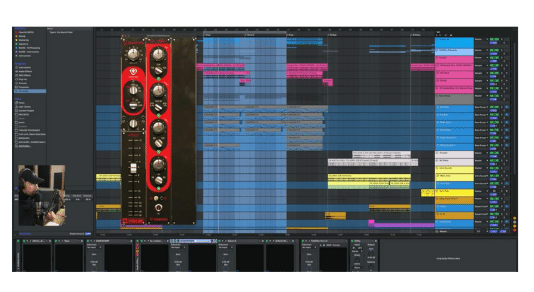 100% hands-on, no bs techniques and tools to instantly incorporate into your music. I'll teach you exactly how you can apply these techniques to produce timeless songs.

You'll leave the workshop with a new skillset and a roadmap armed for the "new" music business. No more jumping trends and chasing hype. Now go and conquer the world! 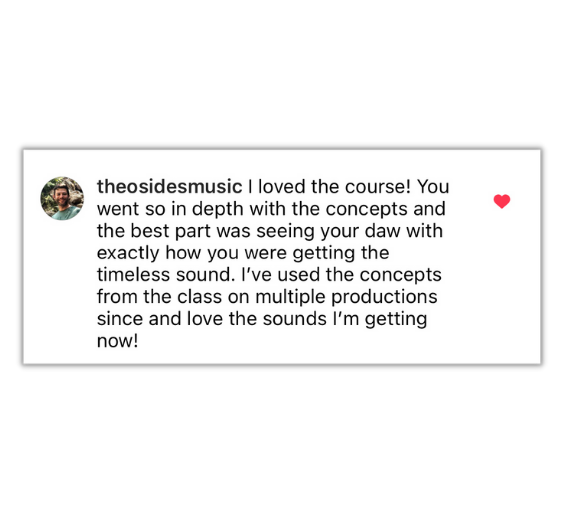 Ready to finally produce timeless music that'll keep listeners coming back to it for years? All you need is to apply the approach from this workshop. 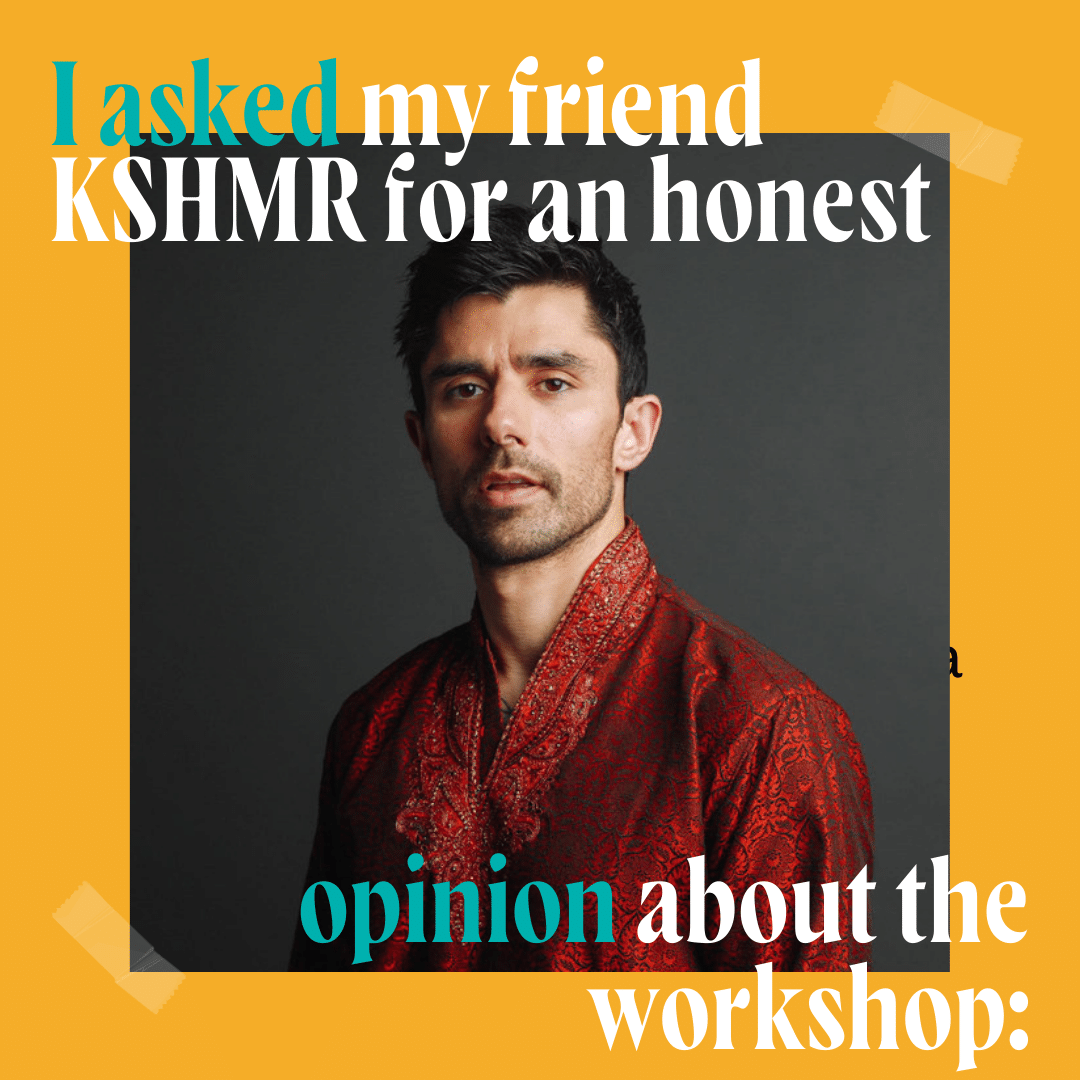 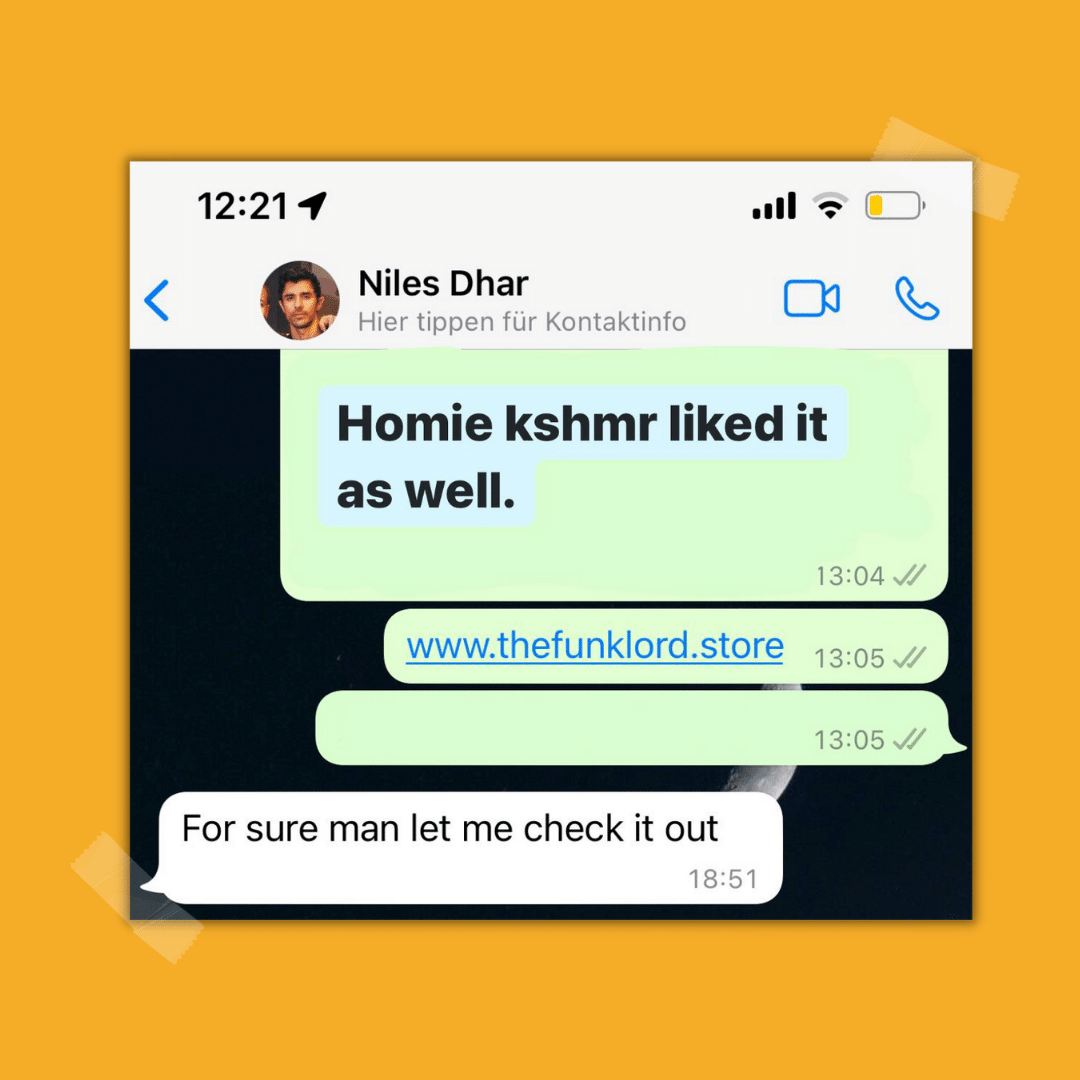 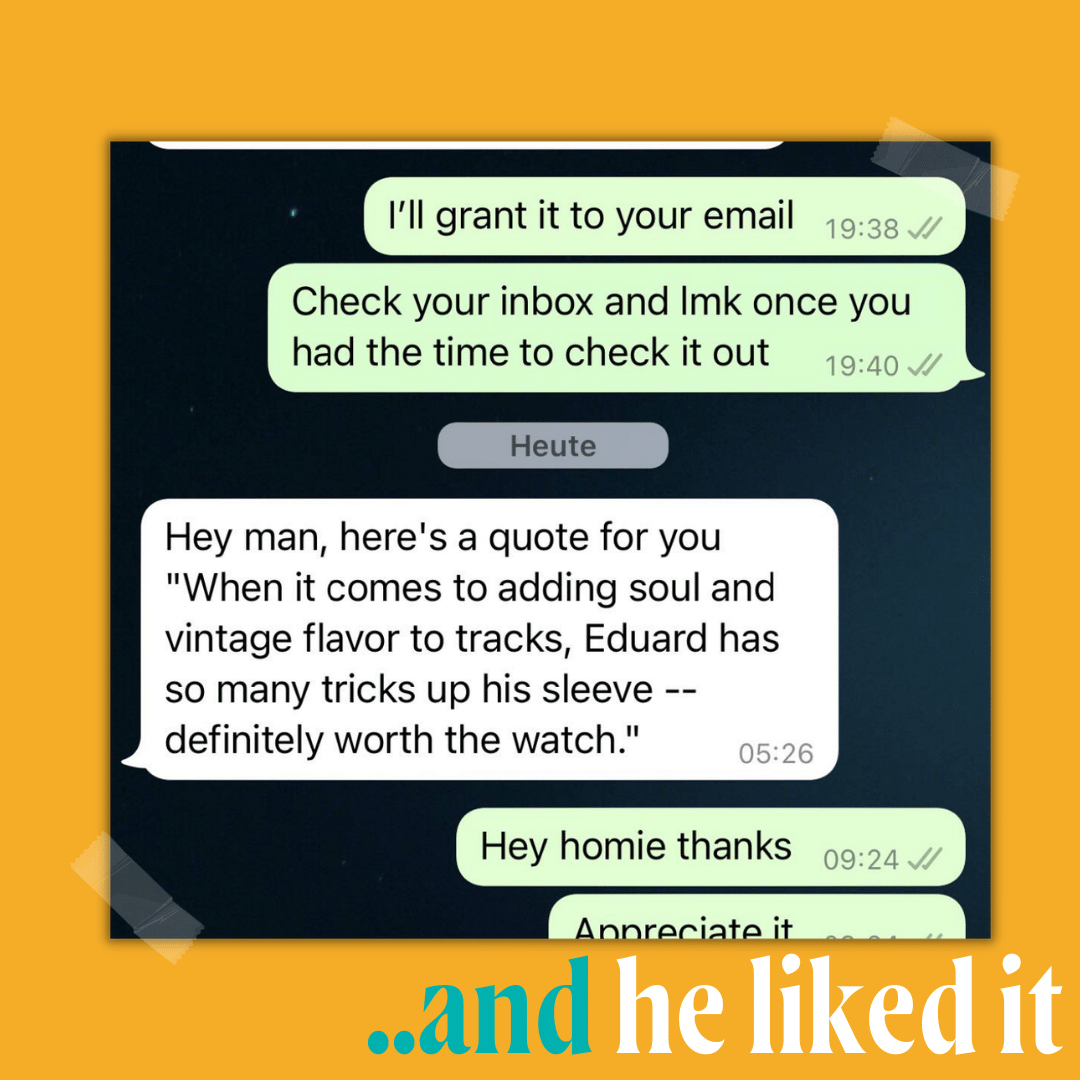 BONUS #3: Some of my best classic serum presets, go-to samples, and MIDI from the vault. (value $57)

Here's exactly what we'll cover during the workshop:

Everything you need to write timeless music and say bye-bye to the hype train.

To make this experience even more frictionless, I'm giving you some additional tools that'll make you write timeless tunes in a jiffy:

"Analog In The Box Mixdowns"

My step-by-step workflow on getting those weighty, glued, and "chunky" mixes in your DAW. includes Ableton Live Template + racks. 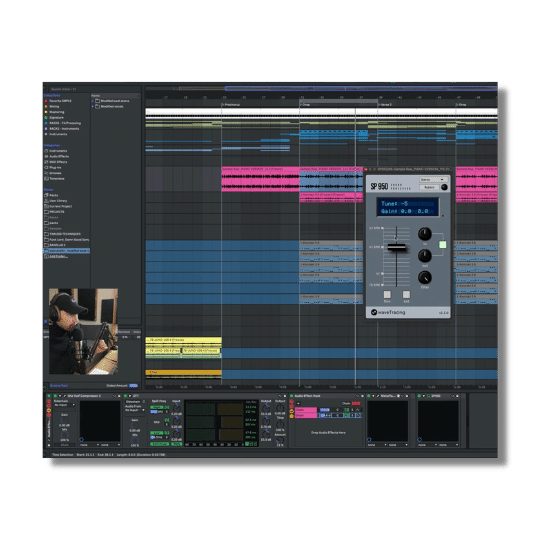 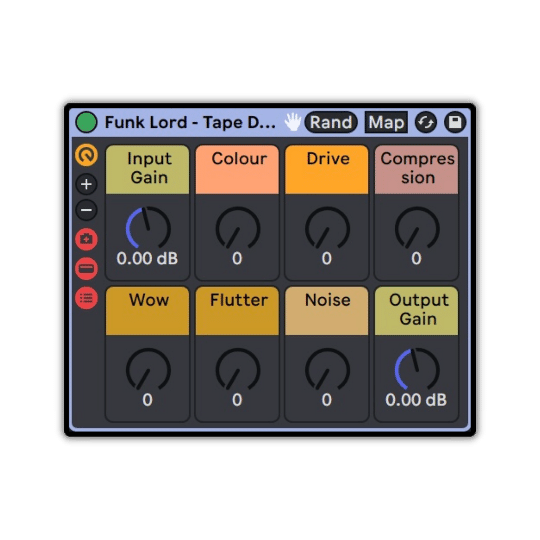 21 Midi "timeless" chord progressions, funky guitar loops to keep the rhythm going, 10 “evergreen” loops to use as song starters, Drums/FX/Synth samples to get you started. 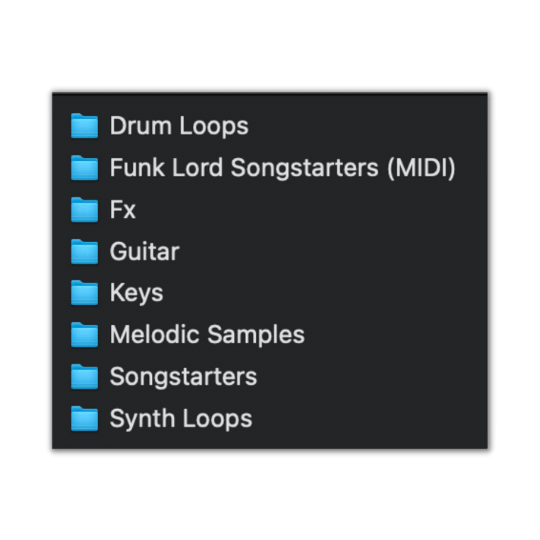 I love the timeless approach because it gave me the freedom to build my career the way I wanted.

aka the "Funk Lord". A couple of years ago, my online production business was thriving, but I was not.

Over six years ago I started offering my music production services as a jack of all trades, online. Even though I had paying clients I was miserable because most of the days I would work on something that I didn't really enjoy, because: "hey, gotta do what's hot right now".

I was stressed because I felt like I was caught in a vicious cycle where my individuality, taste, and creative vision were bent to the whims of the "hype train" aka whatever sound was the flavor of the week. Future Bass like The Chainsmokers? Let's Go! Dark Pop like Biebs & Post Malone? Sure! You name it - I produced it:) I was equally sad that the music I was producing for my clients would get an initial spike of streams shortly after the release, but then be forgotten right after, because the aforementioned train already moved on. Because they (and I) didn’t know better, we kept chasing after the next hot thing in the industry only to realize that we were chasing our own tails.

At some point, I saw some artists (big-time and indie) having successful careers and loyal fanbases for many years, yet they did not compromise their creative vision for the current state of the industry. Their sound was strikingly similar to what I’d actually love to write but was afraid to. I finally said "f***k it" and went for it. I started creating music that was similar to that of my heroes. Over time I found similarities in their sound that greatly contributed to the longevity of their careers and made their music "hype resistant“. A particular selection of musical elements, lesser-known techniques, and "out there" approaches that combined, would give their music a timeless, classic sound. I decided to put that knowledge and experience into practice and six years later "timeless techniques" was born.

Since then I helped 150+ artists to create their unique, long-lasting sound, released music on Spinnin'/Dharma Worldwide and HEXAGON, worked with artists like KSHMR, 22Bullets, Fedde Le Grand and rising k-pop star Jamie, as well as opportunities to create content for brands like ROLI, Acustica Audio, Slate Digital, and Bandlab. Best thing: I am still working full-time as a producer and I LOVE IT. Win-win-win.

The "timeless techniques“ approach helped me give my clients a sound that will stay relevant  even years down the line. It also helped me create a career for myself. The way I wanted.

After attending the workshop and applying the techniques I’ll be laying out step by step, you’ll...

Give your music (and ultimately your career) longevity.

Have a higher chance at getting sync placements. Brands love “classic” tunes.

Know how to avoid sounding outdated  while still having that "evergreen" sound.

Be able to infuse your sound with an unmistakable identity that many modern-day artists seem to lack. 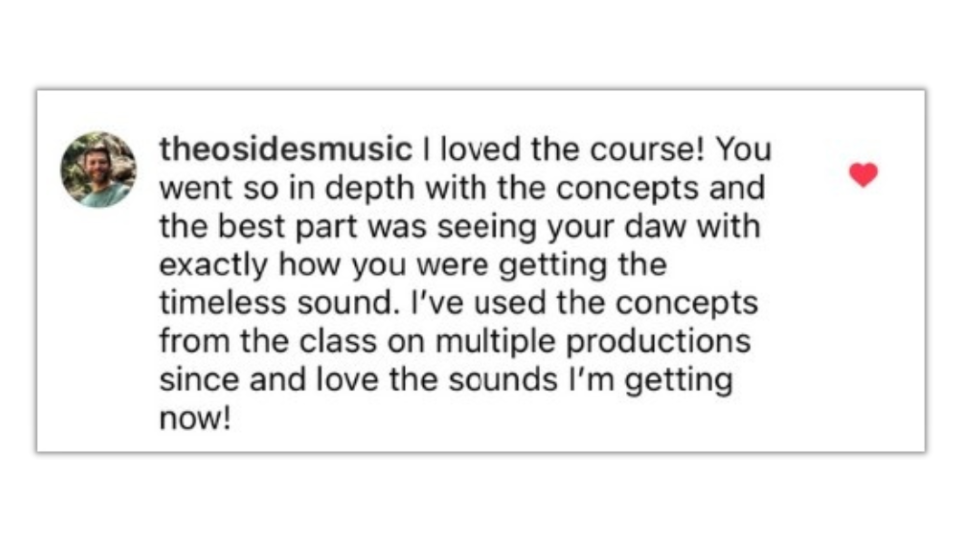 Does it mean I have to produce "retro" music?

No! This is not about sounding "retro" just for the sake of it. It's about combining the best of classic AND modern elements for a timeless sound that's going to sound fresh regardless of the year (and genre).

Do I need to use Ableton Live?

Nope! The information presented is universally applicable. The only thing you can't use are the Live Racks.

How long do I have access to the workshop?

For evaaa! Everything is structured nicely in your own member's area (works on mobile for on-the-go learning.)

Is the workshop suitable for beginners?

Absolutely! Although I also share some advanced techniques late in the workshop, the information presented is universal and accessible to everyone with some basic audio knowledge. So if you haven't gotten into music just an hour ago, you should be good:)

Should you, for whatever reason don't be happy with the workshop I'll gladly refund the full amount within 30 days of your purchase.

You don't have to chase trends anymore. Plus, when trends die - your music won't. 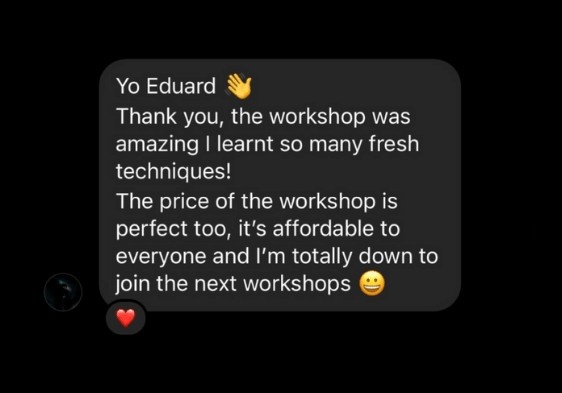